Is the Pre-Trib Rapture a Recent Invention?

Regular Baptists are firm believers in the pretribulational Rapture, the view that Jesus will return to rapture His church before the seven-year tribulation period begins. But in recent years, this doctrine has been attacked relentlessly. 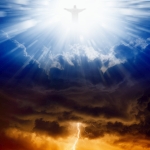 Regular Baptists are firm believers in the pretribulational Rapture, the view that Jesus will return to rapture His church before the seven-year tribulation period begins.

But in recent years, this doctrine has been attacked relentlessly. With maddening predictability and monotony, anti-dispensationalists have argued that the doctrine of the pretribulational Rapture is a recent invention. The implication? Since it is of such recent vintage, we are foolish to accept it. Here are just a few examples of how this argument has been expressed:

Of course, this argument is faulty on several levels, even if we grant the premise that the pretribulational view began with John Darby. For one thing, the legitimacy of a doctrine should not be measured by its antiquity within the history of Christian theology, but rather by its exegetical, Scriptural warrant. Indeed, it is amusing to note that many of the critics who raise this objection against pretribulationism are fully committed to postmillennialism and Calvinism, both of which are barely older than Darby! For another, this objection is essentially an argument from silence. Absence of evidence is not necessarily evidence of absence, and many ancient Christian documents remain either undiscovered or untranslated. (Many liberal critics fell into this fallacy when they charged the book of Daniel with inventing the fictional character King Belshazzar. The critics were humiliated in 1881 when the Nabonidus Cylinders were discovered in Iraq, providing archaeological proof positive of Belshazzar’s existence.)

And yet, we who believe in the pretribulational Rapture don’t even need to quibble over the validity of this argument, for recent research (spearheaded by Grant Jeffrey, Francis Gumerlock, Tommy Ice, and Timothy Demy) has shown the underlying premise itself to be objectively false! An early form of pretribulationism has been detected in the following historical documents: the Apocalypse of Elijah (third century), the Apocalypse of Pseudo-Ephraem (fourth to eighth century), and the History of Brother Dolcino (14th century).

The Apocalypse of Elijah

This third-century text exists in two versions, one Coptic, another Greek. It is written from a premillennial perspective and contains extensive detailed material on the tribulation period. After discussing the emergence of the Antichrist onto the world’s stage (ch. 3) and the arrival of the two witnesses to oppose him (ch. 4), the document describes the Rapture as Christ’s deliverance of His people to preserve them from wrath (ch. 5). The pertinent passage reads:

On that day the Christ will pity those who are His own. And He will send from heaven his sixty-four thousand angels, each of whom has six wings. The sound will move heaven and earth when they give praise and glorify. Now those upon whose forehead the name of Christ is written and upon whose hand is the seal both the small and the great, will be taken up upon their wings and lifted up before his wrath. Then Gabriel and Uriel will become a pillar of light leading them into the holy land. It will be granted to them to eat from the tree of life. They will wear white garments and angels will watch over them. They will not thirst, nor will the son of lawlessness be able to prevail over them (Apocalypse of Elijah 5:1–6).

This text clearly depicts the Rapture as an event that will remove Christians from earth to Heaven before the outbreak of the Antichrist’s persecution. In this way, they will be shielded in Heaven from his cruel deeds.

In his article “The Rapture in the Apocalypse of Elijah,” Gumerlock notes that this apocalypse states the Rapture’s purpose as the removal of God’s people from wrath. He argues that that period of wrath should be understood as the tribulation period, since “the sinners left behind on earth cry: ‘See, now we will die in a famine and tribulation [Apocalypse of Elijah 5:12].’” If his interpretation is accurate, then this text is clearly teaching a pretribulational Rapture.

We ought to understand thoroughly, therefore, my brothers, what is imminent or overhanging. . . . Why therefore we do not reject every care of earthly actions and prepare ourselves for the meeting of the Lord Jesus Christ, so that He may draw us from the confusion, which overwhelms all the world. . . . For all the saints and elect of God are gathered together before the tribulation, which is to come, and are taken to the Lord, in order that they may not see at any time the confusion which overwhelms the world because of our sins.

The material that follows clearly equates this tribulation with the period of the Antichrist’s dominance over the earth as foretold in the books of Daniel and Revelation. One area of disagreement between this document and modern pretribulationism is that Pseudo-Ephraem thought the Tribulation would be just three and a half years in length, not seven. Nevertheless, his view is still clearly pretribulational in sum and substance. In their article “The Rapture and an Early Medieval Citation,” Demy and Ice conclude, “Although the sermon has some ambiguities, it, like pretribulationism, clearly emphasizes imminence, two comings separated by the tribulation, and the promise of deliverance of believers from the tribulation.”

Some critics will counter by questioning the reliability of these two sources. After all, we don’t know exactly when or where they were written, or even who their authors were! But this objection misses the point entirely. Pretribulationists do not appeal to these two sources as authoritative sources for theology, but only to demonstrate the falsity of their critics’ accusation that pretribulationism is a recent invention. So the origin and authoritativeness of these documents are utterly irrelevant to the discussion at hand; all that matters for the present purpose is that they are demonstrably Christian documents from the ancient and medieval periods that clearly teach a form of pretribulationism.

The History of Brother Dolcino

Brother Dolcino was the leader of the 14th-century movement known as the Apostolic Brethren. While none of his writings on this subject have survived, an anonymous Latin document written in 1316 records firsthand information on the life and teachings of Brother Dolcino. This document contains yet another statement of early pretribulationism:

Again [Dolcino believed and preached and taught] that within those three years Dolcino himself and his followers will preach the coming of the Antichrist. And that the Antichrist was coming into this world within the bounds of the said three and a half years; and after he had come, then he [Dolcino] and his followers would be transferred into Paradise, in which are Enoch and Elijah. And in this way they will be preserved unharmed from the persecution of Antichrist. And that then Enoch and Elijah themselves would descend on the earth for the purpose of preaching [against] the Antichrist. Then they would be killed by him or by his servants, and thus Antichrist would reign for a long time. But when Antichrist is dead, Dolcino himself, who then would be the holy pope, and his preserved followers, will descend on the earth, and will preach the right faith of Christ to all, and will convert those who will be living then to the true faith of Jesus Christ.

Once again, the end times chronology presented in this text is quite clear: first the Antichrist is revealed, then the Rapture occurs, then an extended period of tribulation grips the earth, then the church returns to earth with Christ at His second coming. In his article “A Rapture Citation in the Fourteenth Century,” Gumerlock rightly concludes:

This paragraph from The History of Brother Dolcino indicates that in northern Italy in the early fourteenth century a teaching very similar to pretribulationism was being preached. . . . While not suggesting that pretribulationism was the dominant view of the rapture in the Middle Ages, it is likely that such teaching did not occur in a vacuum and that others besides Dolcino were aware of it. It can reasonably be assumed that the Apostolic Brethren (who numbered in the thousands) believed, as did their leader, that when the Antichrist would arrive, they would be transferred to paradise and be preserved there from his persecution in the tribulation.

So what do these citations prove? That pretribulationism is correct? Certainly not; to establish that, careful Biblical exegesis and theological reasoning are required. And, as a matter of fact, those are the bases on which pretribulationists have founded most of their arguments. (Readers interested in pursuing this line of study will want to check out Maranatha: Our Lord Come by Renald Showers, and a recent book edited by John Hart, Evidence for the Rapture.) But these citations do demonstrate that the essence of pretribulationism certainly is not a recent innovation. In fact, all three of these quotations are earlier than the Protestant Reformation, Calvinism, covenant theology, and postmillennialism. One of them even predates amillennialism! Pretribulationists may be assured that their view, far from lacking historical precedent, actually boasts greater antiquity than the major theological systems subscribed to by their most outspoken critics.