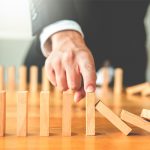 Previous post Open Mike: The 'Why' of Christian Camping

"Once again we are facing floods due to heavy rains," says Prasad Sakile, a pastor with the New Life Regular Baptist Society in Andhra Pradesh, ...more

David Chhetri of Manipur, India, preached in a village that he calls "a slum area" for two ...more