The response of Christian leaders to abuse often betrays a superficial understanding of Biblical forgiveness. 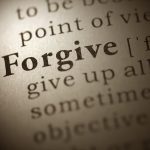 The response of Christian leaders to abuse often betrays a superficial understanding of Biblical forgiveness.

Sadly, in a fallen and broken world, there is never a shortage of leaders responding to situations of brokenness and abuse. Last summer, Rod Dreher tweeted the frustrated thoughts from a Pittsburgh resident about mass the first Sunday after revelations of sexual abuse in the Catholic Church in Pennsylvania. She described how “humiliating and cheap grace” was espoused in a way that was “slick and evasive.”

Slick and evasive tactics are by no means confined to Catholicism. Protestant examples of abuse trend month after month, year after year. And in far too many cases, the response of leadership amounts to little more than advertising cheap grace.

The form that cheap grace most often takes is a shallow understanding of Biblical forgiveness that owes more to modern psychology than the gospel.

Posted in All Current Issue Posts, Mar/Apr '19 Issue, The Baptist Bulletin Magazine on May 22, 2019.
SHARE ON: