The Limits of Science

Several years ago, while on a lengthy flight to a conference, I found myself sitting next to a young neurobiologist. 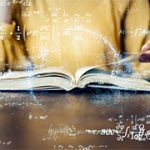 Several years ago, while on a lengthy flight to a conference, I found myself sitting next to a young neurobiologist. To some, a theologian and scientist on a plane may sound like the beginning of a poor joke. To me however, it was a fascinating confluence of contrary epistemologies (“studies of the method and grounds of knowledge especially with reference to its limits and validity”).

After polite pleasantries, she disclosed her reasoning for studying neuroscience: for many years, her mother had suffered from dementia and was nearing the end of her life. That passenger and I had an instant human connection the moment I shared that I had lost my grandmother to the same terrible disease. This connection produced a respectful and congenial conversation about neurology, synapses, the nature of the soul, and whether or not memory is mere physiological mechanics, mysterious metaphysics, or both. Eventually this debate expanded to whether or not science or faith is best suited to understand truth.