The Addict in the Pew

Drug addiction has a new face and is touching the families sitting in our church pews. 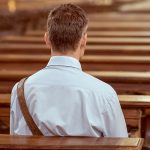 If you are old enough, you might remember the opioid crisis of the 1960s and ’70s. Drug use was associated with hippies, rebellion, and youthful foolishness, and was anything but Christian. In fact, many Christians diligently worked to evangelize drug addicts, presenting faith in Christ as the answer to their addiction. Drug addicts were typically young, dirty, unemployed, living in communes, existing on the fringes of society. Most of the addicts of the 1960s and ’70s started by smoking marijuana and then progressed to harder and harder drugs until they finally became addicted to heroin or other illicit drugs.

Today is a new day. Drug addiction has a new face and is touching the families sitting in our church pews. In the US, 75 percent of those who are addicted to opioids began their journey toward addiction with legally prescribed painkillers. A typical scenario is a young or middle-aged person with a severe and painful injury, such as a broken bone or a back injury, who is overprescribed painkillers. Frequently among younger people, the initial introduction to painkillers occurred following a dental procedure. The number of opioid based painkillers prescribed in the US quadrupled between 1999 and 2016. All those painkillers in our homes did wonders at controlling pain, but they also caused serious addictions. Uninformed victims, including Christians, fell prey to their addictive qualities. Many people who are addicted to opioids have never misused drugs; they continue to take their pills exactly as prescribed by their physician. Nonetheless, when they try to stop taking their pain pills all at once, they experience serious withdrawal symptoms and cravings. Some, when cut off by their physicians, turn to buying drugs on the streets, even heroin, just to satisfy their incredibly intense cravings. While no one is condoning this as acceptable behavior, it certainly warrants our compassion.

Posted in All Current Issue Posts, Mar/Apr '19 Issue, The Baptist Bulletin Magazine on May 22, 2019.
SHARE ON:

Previous post How to Help Those Who Are Suffering