Self-defense and the Christian

Does the Bible give Christians the right to use lethal force in defending themselves and their families? What is the individual’s right to self-defense? 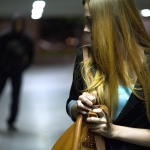 A foreign nation launches an unprovoked military attack on another country for the purpose of gaining control of valuable natural resources or to gain control of a strategic military position. This is not the threat of such an attack, but an actual invasion in which force is being used and people are being killed. Do the people of the nation under attack have the right to defend themselves with military force even if that means many of the invaders will be killed? May Christians serve in the military and participate in such deadly force?

What if the Christian is a civilian? In which of the following situations, if any, would you consider it acceptable or appropriate for a Christian to exercise lethal force or to condone such force by a fellow Christian?

The list could go on nearly indefinitely. The examples cited here are all realistic situations, and all could be illustrated with news clippings from recent years. Such news reports raise the question of self-defense in a very palpable way. Most Christians’ discussions of self-defense focus on military attacks and relate to the validity of just war theory. That is not the focus of this article, though the questions are interrelated. Nor is my present concern with the question of the Christian’s defense against a tyrannical ruler. Rather, I am interested in the more personal question of an individual’s right to self-defense.