If welcoming strangers in churches also potentially invites horror and tragedy, how can any church risk receiving visitors into their midst? 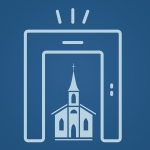 On the evening of June 17, 2015, a young man wearing a gray sweatshirt and jeans entered Emanuel African Methodist Episcopal Church in downtown Charleston, South Carolina, and participated in a small group Bible study. As members were praying at the close of the discussion, the young man stood, pulled a .45-caliber handgun from his fanny pack, and began shooting, killing nine victims. According to authorities, the shooter was carrying eight magazines loaded with hollow-point bullets, which are designed to do maximum damage.

This brutal crime has reignited discussion among churches and church leaders about how to protect congregations from similar incidents. The facts of the case are especially troubling because they reflect routine church life: A stranger came to the church on a Wednesday night, ostensibly for the purpose of worship and seeking spiritual guidance. He was welcomed into the intimacy of a small classroom. He participated in the discussion for a full hour, seated next to the pastor. Nothing seemed out of the ordinary. Who would have thought the evening would end in such tragedy? What church would not have welcomed the young man in the same way?

If welcoming strangers invites this kind of horror, how can any church risk receiving visitors into their midst?