This article compares the dispensationalist systems on two aspects of the sine qua non: literal interpretation and the distinction between the church and Israel. 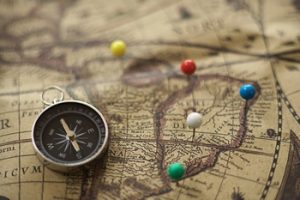 Of all the people who would write a magazine article or even a book comparing the three forms of dispensationalism, I would consider myself one of the least likely. During my sophomore year in college, my unbelieving best friend had to move to a new city and asked me how he could meet friends. I responded, “If I were you, I would visit a church. And if you’re really smart, I would visit a Baptist church, because the best looking women are Baptist.” By God’s grace, that friend didn’t meet a girlfriend that summer, but he did meet a Savior. A year later, he came and shared the gospel with me, and I trusted in Christ as Savior.

How I was called to the ministry

As further evidence of God’s grace, I was called to the ministry, but I attempted to avoid it as much as possible (mainly out of fear of being poor). I reached out to my friend Gregg Matte, who gave me wise advice. He told me that sometimes we think God wants us to take a big leap when He only wants us to take a small step. He told me that rather than leaving my job, I should enroll in one seminary class. If after I took that class, there was nothing I would enjoy doing more than studying theology, perhaps I truly was being called to the ministry, he said.

Soon after receiving that advice, I was admitted to Dallas Theological Seminary and began studying part-time while continuing to work to pay for it. However, I wasn’t sure if the dispensational system was for me, so I planned to transfer to Trinity Evangelical Divinity School so I could get a more eclectic approach to theological education. I visited the school but became discouraged about attending due to the cold weather in Deerfield, Ill., and the expense. I decided to stay at DTS and work full-time and go to school part-time so I could graduate without debt.

My original plan was to pastor an inner-city Hispanic church, so I took a job at the College of Biblical Studies so I could support a bi-vocational ministry career. I was offered the opportunity to teach at the college, but the chair of our Bible department had concerns about my progressive dispensationalist perspective. My provost, Dr. Buck Anderson, challenged me to look up every use of the Greek words for throne when used in proximity of David’s name to determine if the Davidic throne was on earth or in Heaven. My word study conclusively showed that the Davidic throne was always on earth.

I think that progressive dispensationalists have made this classification of initial, classical, and essential in order to simply argue that there have been these spurts of growth, development, and change; therefore, their view is just another one. I want to categorically reject that thesis because I think there is a world of difference between various differences within the system and altering the foundation of the system. I liken the three essentials, or sine qua non, as the foundation upon which dispensationalism rests. You can’t be a dispensationalist without these essentials, in my opinion.

This article will compare the dispensationalist systems on two aspects of the sine qua non: literal interpretation and the distinction between the church and Israel. Perhaps the most important comparison is between the hermeneutical approach advocated by each category of dispensationalism. Hermeneutics has been defined by many scholars as “the art and science of interpretation.” Advocates of all three positions argue for a literal hermeneutic, but how they define and apply this literal approach differs.

For instance, Chafer demonstrates his literal hermeneutical method in his Systematic Theology when he writes,

The prophetic story is largely the fulfillment of the Abrahamic, the Palestinian, and the Davidic Covenants. It includes, also, the realization of the two divine purposes—the earthly purpose centered in Israel and consummated according to Psalm 2:6, and the heavenly purpose centered in the Church and consummated according to Hebrews 2:10. It is here declared with complete assurance that, as prophecies which are now fulfilled were fulfilled in their natural, literal, and grammatical meaning, in like manner all that remains—reaching to eternal ages—will be fulfilled in the natural, literal, and grammatical way which the predictions imply.

In their book Progressive Dispensationalism, in contrast to Chafer and Ryrie, Blaising and Bock rely on modern developments in scholarship to advocate for a historical-grammatical-literary-theological hermeneutic because this “fourfold description of hermeneutics is really what most mean when they speak simply of the historical-grammatical method.” Of course, this is not how Ryrie and Chafer intended the literal or historical grammatical method. Importing theology into the interpretive process can cause a person to read into the Bible what his or her theology dictates (what scholars call eisegesis) instead of reading the text literally before reaching theological conclusions.

How can they still call themselves dispensationalists after advocating this position? Bock and Blaising contend that classical dispensationalism cannot claim to employ this method “since they did not seek to practice such a hermeneutic consistently or exclusively.” What are Bock and Blaising referring to? They primarily are referring to the use of typology among classical dispensationalists. For instance, Chafer wrote, “It is reasonable to suppose that when an account is given of the marriage of any man of the Old Testament who is himself a type of Christ, that marriage may have typical signification. Moses is a type of Christ as Deliverer; thus Zipporah his wife, taken from the Gentiles while he was away from his brethren, is a suggestion of the calling out of the Church during the period between the two advents of Christ.”

In contrast to Chafer, Ryrie puts more limits on Old Testament symbols and types. In Basic Theology he writes:

Remember that when symbols, parables, types, etc. are used they depend on an underlying literal sense for their very existence, and their interpretation must always be controlled by the concept that God communicates in a normal, plain, or literal manner. Ignoring this will result in the same kind of confused exegesis that characterized the patristic and medieval interpreters.

Ryrie speaks of typology in a much more limited sense by arguing that God’s clear communication would not make hidden messages in the Old Testament very likely. To preserve a consistent literal approach to the Bible, I prefer to only identify types as those things that the New Testament explicitly refers to as types.

One of the most significant distinctions between the systems can be found in the approach to prophecy. With regard to hermeneutics and prophecy, Chafer writes, “None could question with fairness that the prophecy now fulfilled has followed the literal method to the last detail. It is therefore both unreasonable and unbelieving to suppose that, to relieve some incredulity, the predictions yet unfulfilled will be realized in some spiritualized manner.” Ryrie argues that conservative interpreters often claim to hold a form of a literal interpretation but some do not consistently apply it to prophetic and eschatological fulfillment. He says, “All conservatives, whatever their eschatological persuasions, use literal or normal interpretation everywhere except eschatology.”

Progressive dispensationalists propose an “already, not yet” hermeneutical approach to prophecy. This approach argues that covenants and Kingdom promises have been partially fulfilled in an already sense but that the final fulfillment is still future. This already, not yet hermeneutic is not unique to progressive dispensationalism. The concept was taught by George Ladd and other advocates of historic premillennialism long before Bock and Blaising published their book. Of course, historical premillennialism endorses a posttribulational Rapture, and based on a faulty interpretation of Matthew 21:43–44, historic premillenialists teach that God took the Kingdom away from Israel and gave it to the church. Connections with historic premillennialism are not the only concern; the problem with the already, not yet approach is that it necessitates a change of meaning that the original Old Testament audience would not have understood. Furthermore, it does not account for the fact that most of the covenants are royal grant covenants that are ultimately fulfilled only in eternity.

To illustrate this, imagine a wedding taking place between Joshua and Rebekah. In that marriage ceremony, Joshua makes a covenantal vow to Rebekah to love her “for better or for worse, for richer or for poorer, in sickness and in health, forsaking all others, to love and to cherish until death do us part.” When can it be determined that the covenant has been fulfilled? The vows are clear. This covenant cannot be fulfilled until death. If Joshua loves Rebekah for better or worse, richer or poorer, in sickness and health for 15 years but then divorces her in the 16th year, would a 15-year track record fulfill his covenantal obligation? Clearly not. If Joshua loves Rebekah for better or worse and richer or poorer but fails to care for her any time she is sick, has Jacob fulfilled the requirements of the covenant? Clearly not. In the same way, an eternal or perpetual covenant can only be fulfilled in eternity when all aspects are completed. As opposed to the partial fulfillment that progressive dispensationalists advocate, there may be times when Joshua’s covenantal commitments are observed or realized. If Joshua does take care of Rebekah when she is sick or their love stays strong during poverty, that reflects his efforts to comply with his covenantal obligation, but it does not fulfill his covenantal obligation because of the time requirement of commitment until death.

With respect to the distinction between the church and Israel, there are other significant differences. Chafer’s distinction between Israel and the church was heavily influenced by his literal hermeneutic, as he wrote, “That Israel will yet return to her land and experience great national blessing is one of the Bible’s most positive predictions—a forecast which yields to no fanciful notions for its interpretation. It must either be accepted in its literal form or ignored completely.” Ryrie agrees with Chafer when he writes in Dispensationalism, “The apparent dichotomy between heavenly and earthly purposes means this: The earthly purpose of Israel of which dispensationalists speak concerns the yet unfulfilled national promises that will be fulfilled by Israel during the Millennium as they live on the earth in unresurrected bodies.”

Why Does This Matter?

Joseph Parle (PhD, Baptist Bible Seminary) is provost and senior professor at the College of Biblical Studies in Houston, Tex. He is also the author of Dispensational Development and Departure, recently published by Exegetica Publishing & Biblical Resources. Some portions of this article are adapted from this book.