Leader’s Digest: 9 Things I Wish I’d Known about Preaching When I Started in Ministry

About 36 years after my start in pastoral ministry, while I still know I have room to improve as a preacher, I’ve had time to learn and grow in what remains for me a challenging pastoral task. Here are nine of the leading lessons I’ve picked up along the way. 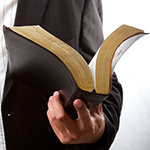 First, this honest admission about my preaching past: the hearers at the start of my pastoral ministry were gracious but obviously hopeful for improvement. I saw it in their eyes and knew it from their comments as they passed by me at the door following the services. Some would share well-meaning advice, and others would simply smile and mumble something, trying not to be dishonest yet be encouraging at the same time (a challenging task). I still feel bad for them.

I had received good ministry preparation, mind you. And I knew the preaching basics from more than one homiletics course in Bible college and seminary. But I was green, really green! And I had a lot to learn, much of which can only be learned through experience.

Now, about 36 years after my start in pastoral ministry, while I still know I have room to improve as a preacher, I’ve had time to learn and grow in what remains for me a challenging pastoral task. Here are nine of the leading lessons I’ve picked up along the way.

1. Preaching is no substitute for pastoring.

Most of us graduate from seminary with the impression that preaching is primarily what pastoring is about. We jump into ministry with a devotion to the task, often to the neglect of the larger pastoral role. But I’ve learned that the ministry is more than just preparing for and delivering great messages. In fact, those men who spend time out of their study, interacting with their people and caring for their needs, find greater power in their preaching and a profound effectiveness because they understand the unique burdens of their congregation.

Sadly, even for pastors, we talk more about prayer than we actually practice. It was A. W. Tozer who famously said, “No man should stand before an audience who has not first stood before God. Many hours of communion should precede one hour in the pulpit” (God Tells the Man Who Cares, 1992, 70).

3. A six-month preaching plan relieves a ton of pressure.

After several years of preaching without much of a plan (and experiencing the Monday morning panic when I was between sermon series and wondering what to do next), I finally landed on a regular pattern of sermon planning that relieved pressure and aided my preparation. I began determining texts and themes six months in advance! And I’ve never looked back! (If six months is too much, try a three-month plan. Some pastors prepare a full year in advance.)

Posted in All Current Issue Posts, July/Aug '14 Issue, The Baptist Bulletin Magazine on August 1, 2014.
SHARE ON: