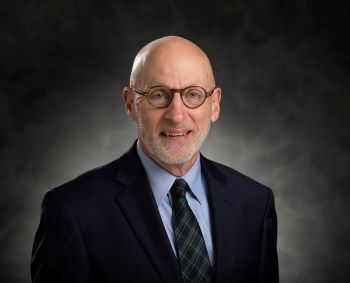 David Strope, retiring pastor of Ankeny (Iowa) Baptist Church, was appointed interim national representative of the GARBC following the resignation of Mike Hess. David officially began his duties on Feb. 1, 2022. He previously served on the GARBC Council of Eighteen for nearly 30 years and most recently as chairman of the council for six years. As interim national representative, David’s responsibilities include sharing God’s Word in church and ministry settings, counseling and encouraging pastors and churches, assisting with pastoral placement, mentoring and training pastors, and championing the GARBC’s doctrinal distinctives.

In announcing David’s appointment, the council’s vice-chairman, Mike Augsburger, said that David “possesses keen administrative skill, a long history with the association, and the time to devote to this important role. We are thankful for God’s providence and provision for us.” Former National Representative John Greening (1996–2018) shared his respect for David when Ankeny Baptist Church celebrated the Stropes’ 40 years of ministry. He noted David’s ability to do things with “excellence counterbalanced with humility, drawing attention to the Lord,” not self; David’s deep conviction but also respect of others; and his success in carrying “the load of ministry and life with a quiet calmness.”

The Formative Years: The Shaping of a Young Man

David E. Strope was born to first-generation Christians who became stalwart servants at First Baptist Church of Newark Valley in New York. He says, “My folks were the stuff of which pastors dream: capable, faithful, fruitful in witness for Christ.” His father served as treasurer of the Empire State Fellowship of Regular Baptist Churches (now the Northeast Fellowship), while his mother was the fellowship’s secretary for over 40 years. David says serving that fellowship was “very normal for our family.” Not surprisingly, David himself sat on and chaired that fellowship’s leadership council.

After hearing the gospel thousands of times, David, at age 10, “came to Christ through the encouragement of a fifthgrade public school teacher.” He graduated from Newark Valley Central School in 1972 and, having been challenged by Pastor Russell R. Camp to consider pastoral ministry, attended Baptist Bible College (now Clarks Summit University), pursuing a pre-seminary course. But instead of going straight to seminary, upon graduation David was called to serve at Bethel Baptist Church in Jamestown, New York, where Milo Thompson was pastor.

“My oh my,” says David, “was I a green 21-year-old theologue, but both God and the church family manifested great patience with me!”

While David was at BBC, he developed his relationship with high school friend Debbie Horton. He jokes, “Rumor has it we played together in a sandbox as small tykes,” but “I disavow knowledge of such.” Though next-door neighbors, the two did not begin dating until he went away to college. They married in 1976 and have three children—Elisabeth, Rebekah, and David Andrew—and soon-to-be nine grandkids.

Education and Experience: The Shaping of a Pastor and Leader

In addition to the bachelor of religious education degree David earned from BBC, he holds a master of ministry degree from Baptist Bible Seminary. He credits Professor Richard Engle with opening “a window into the study of theology by inductive study of Scripture.” But David says that his own “constant week-to-week study of Scripture for 45 years has been the largest tool of God to fashion my thinking,” which includes his views on local church ministry.

He continued to pastor effectively, though facing different challenges in each new church:

The New York years were those of learning, raising our family, and beginning to practice Biblical theology of local church ministry. Each of the three churches in which I served as senior pastor had unique needs: CBC Lockport, to erect a building and move from the 50-person plateau; Elmira, to bring healing and health to a fractured, warring church; Norwich, to reorient a historic church to the Regular Baptist orbit and lead them to greater maturity and fruitfulness.

But lest the Stropes became too comfortable in New York, God moved them. The move to Iowa was not an easy one. The family “walked through several unique adjustments” and suffered the sudden loss of David’s father “all while trying to perform ministry with integrity and fruitfulness. Everything we knew and loved was thrown topsy-turvey. We felt uprooted, having little sense of foundation.” But God used the Ankeny Baptist Church family, counselors, and personal friends “to help us gradually find our place,” he says. “Once there and through this adjustment—though opportunities for other ministries arose—I sensed I was in my ministry sweet spot.”

David says it was to the church people’s credit that they allowed him to settle down and then serve them for over 22 years. He led the church through two major building expansions; the “reorientation to a genuine disciple-making paradigm”; the day-by-day growth of believers, both new and mature; and the blossoming from a conservative, traditional church to a theologically and methodologically conservative church that is also creative and innovative in ministry, and “doing so without splitting the church.”

It was the Ankeny church that inspired David’s interest in missions and allowed him to serve on the board of Baptist Mid-Missions. He traveled the world, visiting the church’s commissioned missionaries in India, Germany, France, Portugal, Spain, Israel, Peru, and Kenya. “Doing so has had an incredible impact on my view of local church ministry that extends to all nations,” he says. He prayed a prayer he learned from the late missionary leader Jesse Eaton (ABWE, 1935– 2017): “God has every right (and my permission) to rearrange my life at any time in any way in order to fulfill His plan for its influence for His glory.” David is still praying that prayer.

God has used David to successfully lead through controversy among the Iowa churches, sit on search committees, and serve councils the way he has served his churches—with integrity, encouragement, support, genuine Biblical balance, and the “right theology practiced at the right time with the right attitudes.”

Perception and Vision: Shaping the GARBC in the Interim

David’s experience as both a pastor and a council member on the state and national levels has allowed him to see needs in the GARBC. Short-term, he believes the GARBC needs to continue to navigate through the dynamics introduced by COVID-19, provide steadying influence in view of the change in leadership, move forward in collective ministry despite obstacles, and aid the National Representative Search Committee in its work of searching for a new national representative.

Long-term, David believes the GARBC needs to continue to focus on ministries that will assist in producing truly healthy churches and in church planting; create specific fellowship ministries to equip and encourage pastors and their wives; and to be a sound, balanced voice for Biblical truth and the gospel of Christ in the middle of a “crooked and perverse generation” (Phil. 2:15).

As the interim national representative, David hopes to

In the meantime, David has this message about the GARBC and the Council of Eighteen:

Service on the Council of Eighteen and now as interim national representative has been incredibly enriching, uncomfortably stretching, and amazingly rewarding. The level of commitment to Christ by the Council of Eighteen and our local churches is incredible. So many are manifesting devotion to Christ in disciple-making ministries. Though there have been significant and difficult issues faced by the fellowship and council during my nearly 30 years of service on the council, we yet trust God’s Word and are moving forward in ministry for Christ.

I will serve to the best of my ability with all my strength for as long as desired by the council and by the grace which God supplies. Though the days in our culture and world grow darker by the hour, we yet hold fast the word of life. The darker the day becomes, the more clearly the light of the gospel does shine.

In these latter days of my pastoral ministry and entry into service on behalf of our fellowship, I’ve taken Acts 20:24 as mine: “But I consider my life of no value to myself; my purpose is to finish my course and the ministry I received from the Lord Jesus, to testify to the gospel of God’s grace” (CSB).

Posted in All Current Issue Posts, Sept/Oct '21 Issue, The Baptist Bulletin Magazine on October 1, 2021.
SHARE ON: