Two times in the last five decades dispensational theology—with its attendant views on the rapture of the church, the restoration of the nation of Israel, and the judgments of the Tribulation—has had a massive cultural impact.

Is There Still a Future for Israel? 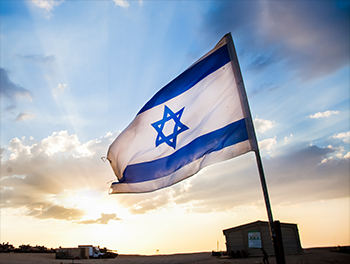 Two times in the last five decades dispensational theology—with its attendant views on the rapture of the church, the restoration of the nation of Israel, and the judgments of the Tribulation—has had a massive cultural impact.

The first began with the 1970 publication of The Late Great Planet Earth, by Hal Lindsey. The second occurred 25 years later, with the printing of the first volume in the Left Behind series by Dr. Tim LaHaye and Jerry Jenkins.

With a combined total of nearly 80 million copies of these books in circulation, we can assume they undoubtedly made an impact on many individuals. But we can also say with authority that these volumes did not alter the theological landscape.

The return of the Lord and its accompanying prophetic events are much closer now than they were in 1970 or 1995. Interest in these issues and, in particular, belief that God still has purposes to fulfill for the nation of Israel, however, appear to be in sharp decline as we near the end of the second decade of the twenty-first century.

Posted in All Current Issue Posts, Nov/Dec '19 Issue, The Baptist Bulletin Magazine on January 13, 2020.
SHARE ON:

Council of Eighteen Meets before 2020 Conference

The annual Council of Eighteen meetings were held on June 26 ahead of the 2020 annual conference. Every year, the council meets to settle outstanding ...more

An association of churches in Congo is distributing masks so residents can attend church in small ...more

Did you have to cancel VBS this summer? With your church’s Big Fish Bay back-to-school celebration, families can end the summer with a supercharged event ...more