The Attractional Quality of Beauty

We don’t have to choose between the substance of the gospel and the beauty of the gospel. We are called to both. 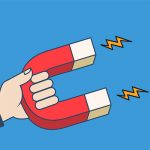 This year marked the 10th anniversary of ArtPrize in Grand Rapids, Michigan. ArtPrize is an international art competition that takes place over 19 days every other fall. More than $500,000 in prizes are awarded. In 2018, over 1,260 works, created by artists from 41 states and 40 countries, were displayed in over 165 venues throughout the city. With over half a million visitors, it is the most attended public art event in the world.

ArtPrize was launched by Grand Rapids native and entrepreneur Rick DeVos in 2009. But no one could have anticipated the overwhelming response. Restaurants ran out of food. Hotels ran out of rooms. Brooklyn artist Ran Ortner won the public vote that year with his work titled “Open Water No. 24.” On the day of the announcement, people lined up for several city blocks to see his large-scale painting.

A Call to Beauty

The churches I have been a part of have generally not placed a high value on art or aesthetics. We are Bible people. We focus on substance, not appearances. We appeal to the mind, not the emotion. We take pride in our doctrinal orthodoxy and moral standards. And we value frugality. For many in our churches, good stewardship means spending as little as possible. These have become the marks of spiritual maturity and gospel faithfulness.

Andhra Pradesh, India, is dealing with the effects of a cyclone that began ...more