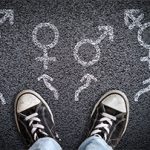 Conference Challenges Believers to Be 'Full of Faith, Not Fuss'

The Hebron Association of Regular Baptist Churches met for its annual gathering May 2 at First Baptist ...more

Churches in the Democratic Republic of the Congo can gather again, reports Bertin Mwema, president of the Community of Evangelical Baptist Churches of ...more