Evangelism and the Opportunity of Responsibility

Ryan Hollingshead placed his career on hold to help his brother plant a church. 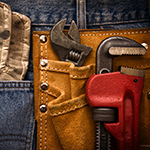 “Then Jesus said to His disciples, ‘If anyone desires to come after Me, let him deny himself, and take up his cross, and follow Me. For whoever desires to save his life will lose it, but whoever loses his life for My sake will find it. For what profit is it to a man if he gains the whole world, and loses his own soul? Or what will a man give in exchange for his soul?’” (Matt. 16:24–26).

Ryan Hollingshead has exemplified Matthew 16:24–26, placing his career on hold to help his brother plant a church. Ryan played varsity soccer for UCLA and was a top pick for the 2013 Major League Soccer draft. People tried to convince him not to throw away this opportunity. Still he chose to forgo the draft and assist in the Sacramento, California, church plant instead. He worked in real estate by day and helped his brother by night. Even working 80-hour weeks and seeing only a handful of people attend the church didn’t discourage him. In fact, he encouraged his brother when he became discouraged. Even though Ryan had told teams he would probably never play professionally, the FC Dallas soccer team drafted him, respecting his commitment to first serve in the church. The church did ultimately launch, and Ryan is now working to regain his prowess and earning the right to play. His love for the Lord translated into his commitment to serve, willing to forgo this world’s delights. Yet God blessed him to serve and make a difference, as well as play soccer.

The second wave of COVID-19 in India has "seriously affected" the region of India where Prasad Sakile ...more

“In these unsettling times, gestures like this make us even more grateful to work for such an amazing and supportive community. From every officer of ...more

Seven Virtues for Having Hard Conversations

By Bob Stevenson Last October I hosted a discussion group to help our church process through the upcoming election. We don’t often talk about politics at ...more

In a first for the Northeast Fellowship, its Marriage Refresh retreat came to western New ...more