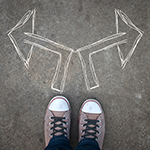 Deciding which college or university to attend can be one of life’s most important decisions for young adults and their parents. Depending on the political, religious, scientific, and educational philosophy of the institution one attends, a student will be influenced and encouraged to think in a manner that coincides with institutional philosophy. Institutions espousing liberal, humanistic, evolutionary, progressive, and politically correct ideologies are increasingly committed to perpetuating their views. Students who differ on Biblical, philosophical, or moral grounds often pay a steep academic price. At such institutions, critical thinking, common sense, and objectivity are frequently sacrificed on the altar of liberal, humanistic, evolutionary, and even Marxist ideology. A dimension is missing in secular higher education—the spiritual dimension—and it takes an unusually fortified Christian to stand against the ideological tide.

For Christian parents who have done their best to inculcate spiritual and moral values in their children, the outcome of an education at a college or university ideologically contrary to what they have taught can sometimes be heartbreaking. Thankfully there are still some conservative Christian liberal arts institutions that integrate Biblical truth and precepts into all curriculum areas so that secular humanism, so prevalent in the social and behavioral sciences, is identified and exposed by sifting its principles through the grid of Scripture. This is essential because one of the first logistics of combat is to know one’s foe. Students, therefore, must be taught the fallacies of the evolutionary hypothesis and the inadequacies of philosophical systems that denigrate the Bible and God. Even students who don’t feel they are necessarily called to vocational Christian ministry benefit greatly from this type of Biblical foundation.

Posted in All Current Issue Posts, Sept/Oct '14 Issue, The Baptist Bulletin Magazine on September 2, 2014.
SHARE ON: