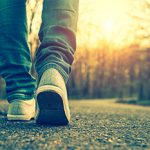 In the 1990s God used a string of biographies to burden my heart for a conference to promote missions among college students.

I had not developed a reading list designed for this purpose—it was one of those times when God providentially was connecting dots that I hadn’t noticed before. The dots among those biographies led me to focus on the Student Volunteer Movement for Missions (SVM), which rose up in the late 1800s. That movement was an amazing work of God that resulted in 20,000 missionaries headed overseas with about 80,000 students who were committed to supporting them in the work.

My purpose here is not to recount the history of the SVM. Others have done that well, and it is worthwhile to learn about both its successes and its failures. From my reading I noted the convergence of streams that took place at the Mount Herman Bible Conference in the summer of 1886 and continued to build for the next two years. God brought people together from different circles with a shared burden to promote missions among students. That laid the groundwork for the Northfield Student Conference in 1888, which provided the formal organization point for the SVM. The SVM was then greatly helped by other conferences that gathered interested students.

Growing out of my reading was an increased burden to challenge a new generation about world missions. So my church congregation decided to take a leap into the unknown and began planning a missions conference of students called Mission 2000. About 500 college students showed up for three days of preaching and teaching by pastors and missionaries from around the world. The women stayed with families from our church, while the men slept on cots in our high school building. The time in the Word was rich, the fellowship was incredible, and God was clearly at work to stir up these young adults for global missions. It was not glamorous, and we had no big names (or bands) to draw crowds. It was clearly the fruit of work God had been doing in a lot of lives on a lot of different campuses. It was amazing.

Out of Mission 2000, our church formed a ministry called Student Global Impact (SGI) as an effort to continue promoting missions on campuses and among college-age believers. We hosted seven more conferences (biannually through 2014) as well as a number of leadership meetings, internships, and discipleship opportunities. In God’s kindness, there are missionaries serving all over the world who were significantly influenced by these efforts. As I look back on what God did, a few observations stand out.

First, God’s heart for global missions is larger than ours! He is the Lord of the harvest and is at work in answer to prayer, sending out workers into His harvest. The SVM and SGI were the outgrowth of what God was already doing to move His people outward in missions. He orchestrated it all.

Second, many godly young adults are hungry for serious preaching, teaching, and fellowship centered on Christ’s mission. Sure, you can fill stadiums with bands and big names, but there is a whole layer of young people who will come for a topic (missions) because they love Jesus and want to make Him known to the nations. We found that focusing on the Cause resulted in an incredible event and, most importantly, has resulted in workers all over the world still proclaiming Christ.

Third, the hub of missions is the local church, and having a student missions conference in the context of the church was more dynamic than mixing it into the schedule and context of a Christian college campus. The students came to SGI as a choice, not as part of the school calendar. The combining of students from many campuses with an overarching shared burden (missions) plus particular burdens for specific unreached peoples and places was powerful. Networks and partnerships were formed. Prayer groups sprang up around these shared burdens. God ignited hearts for His glory and the gospel.

We started SGI because God put that burden in our hearts. After 2014 we decided to step back for a bit. We never started out to build a ministry or organization, so we didn’t feel compelled to keep running it just to keep running it. We are incredibly grateful for how God used it and is still using its impact in lives.

In ways similar to what was happening in our hearts in the late 1990s, God has been burdening a group of pastors and churches to put together a new student missions conference called Advancing the Gospel, which will meet Jan. 2–4, 2020, at Tri-City Baptist Church in Blue Springs, Missouri. I am excited to be one of the speakers for this conference, and I am praying that God will use it like He used the ones we hosted. The harvest is still plentiful and the workers are still few, so let’s pray for the Lord of the harvest to use this conference to stir up a new generation of workers for the harvest!

Next post Why Are Regular Baptists Young Earth Creationists?