A Tale of Two Associations

Reflections on evangelism and discipleship 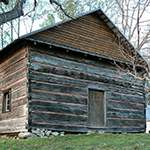 Venture with me to a bygone era. It is the 1750s in Colonial America, roughly a decade after the final movements of the First Great Awakening and two decades before the onset of the Revolutionary War. Change, both political and religious, is in the air. While history books will later seize upon the extraordinary events of this decade, such as the outbreak and movements of the French and Indian War, other (seemingly more mundane) developments are also under way. The 1750s will see the establishment of two influential Baptist associations: the Charleston Baptist Association in South Carolina and the Sandy Creek Baptist Association in North Carolina. About a half century later, as Baptists and Methodists vie with one another for the position of largest Protestant denomination in the country, the impact of these associations on the theology and spirit of American Baptist congregations will be detectable. Another century and a half after that, Southern Baptist scholars and leaders will recognize the influence these two associations have wielded over the shaping of American Baptist heritage, and a rousing debate will ensue concerning the associations’ doctrinal allegiances. The shadows cast by these relatively humble beginnings in colonial America will be long indeed.

The second wave of COVID-19 in India has "seriously affected" the region of India where Prasad Sakile ...more

“In these unsettling times, gestures like this make us even more grateful to work for such an amazing and supportive community. From every officer of ...more

Seven Virtues for Having Hard Conversations

By Bob Stevenson Last October I hosted a discussion group to help our church process through the upcoming election. We don’t often talk about politics at ...more

In a first for the Northeast Fellowship, its Marriage Refresh retreat came to western New ...more