Perspective: Finding Contentment in an Age of Cynicism and Comparison

A preview of the 2020 GARBC Conference. 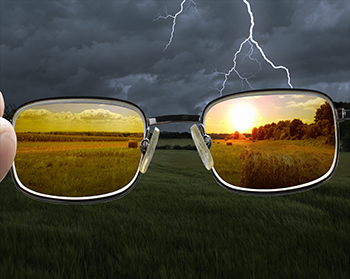 “Look at how many people that church has!” “That church’s social media sites are so active and trendy.” “That pastor has it all together.” “My church is never going to grow.” “If only I had the resources that church has, I could finally be successful.”

We are living in an age of comparison and cynicism. They creep into every area of our lives, including church life. Comparison and cynicism can leave us feeling like a failure and inadequate as a leader. Or if we are having a year of “success,” we can become prideful and feel invincible in ministry. Our perspective on where God has placed us sometimes needs an adjustment.

The 2020 GARBC Conference will refocus our perspective. In John 21:22 Jesus warns against comparison and commands “you follow Me.” We need to look at our ministry through God’s lens and see our work as He sees it—not blurred with cynicism. We need to simply focus on God and faithfully follow Him!

Refresh your perspective in Sacramento, California, on Monday, June 29, through Thursday, July 2. You can also use the conference as a vacation! Sacramento is an ideal destination, situated between San Francisco, the Pacific Ocean, Lake Tahoe, and Yosemite National Park. Find out more at garbcConference.org.

Mike Hess became the GARBC national representative in 2018 after serving in pastoral ministries in Illinois and Iowa. He is a graduate of Clarks Summit University and Baptist Bible Seminary and is a certified Biblical counselor with the Association of Certified Biblical Counselors. During his pastoral years Mike served on the GARBC Council of Eighteen and was heavily involved in the association through speaking, writing, counseling, and facilitating our annual conference. Mike has ministered in Australia, Argentina, Colombia, Haiti, Mexico, Italy, and Israel. He and his wife, Christina, are parents of Joseph and Hannah. Mike leads the GARBC with an emphasis on “making disciples through healthy local churches.”

Steve is the senior pastor of Bethel Church in Crown Point, Indiana, a multicampus church with several locations in northwest Indiana. He is a graduate of Cornerstone University and Grand Rapids Theological Seminary. In addition to pastoring Bethel Church and overseeing the campus churches, he has a teaching ministry called “The Journey,” which can be heard on Moody Radio in Chicago and thejourney.fm. He is the author of Eyes Wide Open: Enjoying God in Everything. Steve and his wife, Jennifer, have two children.

George has served on the faculty and administration of Shasta Bible College in Redding, California, since 1986. He is a graduate of Shasta Bible College, Northwest Baptist Seminary, Tyndale Theological Seminary, and Corban University School of Ministry. Prior to and even during his ministry at Shasta, George has served as a youth pastor, pastor, and church planter. George currently is the vice president of student services and chairs the Department of Bible and Theology. He has written extensively in theological areas, especially dispensationalism. George and his wife, Janice, have four children and two grandchildren.

David Strope has been the senior pastor of Ankeny Baptist Church in Ankeny, Iowa, since 1999. Prior to this ministry, he served churches in the state of New York. He is a graduate of Clarks Summit University and Baptist Bible Seminary. In addition to his pastoral ministry, David is active in state and national leadership roles. He is a member of the GARBC Council of Eighteen and currently chairs that body. He also serves on the Baptist Mid-Missions General Council and the Iowa Association of Regular Baptist Churches Council of Ten. David and his wife, Debbie, have three children and seven grandchildren.

David King is the lead pastor of CrossPoint Fellowship, a Baptist church in Jasper, Indiana, where he has ministered since 2005. Previously he served churches in Iowa and Florida. He is a graduate of Faith Baptist Bible College and Baptist Bible Seminary. David is actively engaged in his community by serving as the president of the religious education program for the public school system, president of Jasper youth soccer, coach of the middle school soccer team, and overseer of a Biblical counseling program. He is currently serving on the GARBC Council of Eighteen and the Crossroads Fellowship of Indiana. David and his wife, Leesa, have seven children.