Pastoral Tone: How to Say What You Mean without Being Mean in How You Say It

How to say what you mean without being mean in how you say it. 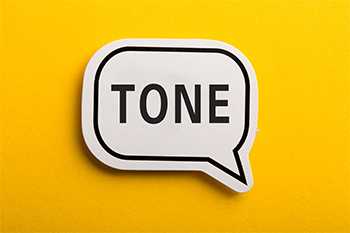 Rob, a zealous and bold young pastor, was thrilled that a local church would extend a call to him to come and preach the Word Sunday after Sunday. Fresh out of seminary and an impressive internship, he couldn’t wait to unload on his congregation all the knowledge stored in his head that was just waiting to be exploded upon his hearers. He was locked and loaded.

Rob wasn’t a bad guy. He loved the Lord, the Bible, his wife, and small children. Though his motives were sincere, his actions were severely misguided. He was eager to prove to his new congregation that he belonged in ministry. Thanks to social media and the internet, Rob was well-versed with the theological controversies surrounding popular Christian personalities. In fact, as time went on, he was more familiar with current theological squabbles than he was with the spiritual needs of the people God had called him to pastor. The more he injected himself in fruitless debates and controversies, the more his tone became combative and contrarian—both personally and publicly.

His congregation began to take notice. More and more his preaching took on a combative tone. In fact, one member characterized him as obnoxious, rude, and offensive in personal interactions. Instead of listening to people’s burdens and concerns, Rob was always trying to prove a point, it seemed. His email exchanges in response to honest and sincere questions became edgier and more vitriolic. And his social media exchanges looked more like a bar fight than they did gracious and honest discussions. He even began to use his Facebook and Twitter updates as opportunities to take passive aggressive swipes at church members with whom he was having issues.

For example, when he realized that some members had taken issue with the tone of a sermon, he would update his Facebook status on the evils of gossip and talking behind people’s backs. He would also take to Facebook immediately after any discussion that involved any kind of dissension, harping on the stubbornness of not submitting to God-ordained pastoral authority. On top of that, his online interactions became demeaning and downright angry. People in the church were beginning to get concerned. Not just with his tone but with the stewardship of his time. Where was he getting the time to post four to five times a day on social media and consistently interact with every counterpoint to his status updates? All the while, he was telling his church he was too busy to make hospital visits, do personal counseling, or meet one-on-one with those who had spiritual needs.

Things continued to spiral downward for Rob. Any attempt by others in church leadership to lovingly confront Rob turned into a condescending condemnation of the messengers. They were often called “weak,” “compromising,” or “unwilling to stand for the truth.” Rob’s doctrinal position or passion were not the issue. His application of that truth, however, was a glaring issue that severed relationships and limited his pastoral influence. Eventually, most in the church avoided any personal contact with him, as it usually resulted in an unpleasant exchange of berating and browbeating.

Rob ended up being dismissed from his church. A short pastorate that began with so much excitement ended badly. Even worse, Rob’s church had a Biblical mandate for removing him from the pastorate. He had violated on several occasions an important qualification for the Lord’s servant. Scripture not only tells a pastor what he must be, it also tells what a pastor must not be.

Oftentimes when we think of the Pastoral Epistles (1 & 2 Timothy and Titus), our thoughts gravitate toward what a pastor must be, such as “blameless” or “the husband of one wife” (1 Tim. 3). These character traits are nonnegotiable. But Scripture doesn’t stop there. In 2 Timothy 2:24–26, Paul gave Timothy a remarkably important title, “servant of the Lord.” If Timothy was to have the kind of ministry that draws wayward sinners to a knowledge of the truth, he should not have had certain characteristics and should have had others.

So the question is, Do you desire the kind of ministry that makes the knowledge of the truth compelling? Do you desire to model this? If you desire, like Timothy did, to model and apply being the Lord’s servant, examine with me what 2 Timothy 2:24–26 says the pastor must or must not be to have a Christlike tone in ministry.

He must not be quarrelsome

This is the second time Paul forced this point home to young Timothy (cf. 1 Tim. 3:3). Being quarrelsome is not so much a propensity to get into physical brawls as it is an attitude of being hostile, contrarian, vindictive, or quick to fight or argue. Unlike the false teachers of Timothy’s day, he was to be easy to get along with. Being a peacemaker rather than a troublemaker was to be his natural inclination.

“Quarrelsome” pastors are quick to condemn. They’re often unaware of what their tone does to their listeners. Quarrelsome individuals are divisive and have a “win at all costs” attitude. The Bible is often weaponized instead of utilized to give hope. They fail to consider others as more important than themselves (Phil. 2:3–4).

He must be gentle to everyone

Homer Kent explained this well years ago: “[The pastor] must be willing to hold up under evil treatment.” In other words, he is kind to those who treat him badly. He doesn’t return evil for evil. The proper tone of pastoral ministry is kindness to those who humanly speaking do not deserve it. Can we be candid for a moment? Some of a pastor’s deepest scars will come from God’s people. Sheep can do hurtful things. To pastors personally. Even to their families. But the Lord’s servant must respond differently. A Christlike pastor’s tone is one of kindness to those who do not deserve it—not a kindness that avoids bold confrontation with the truth, but an intentional kindness even when confronting or rebuking sin.

He must be able to teach

In other words, he’s a skillful teacher; he has the skillset and God-given desire to teach. The proper tone of pastoral ministry involves gently and graciously teaching those who are making foolish choices or believing wrongly. As I look back at myself as a young believer, I recognize that those who exhibited the most patience had the greatest impact on me. A skillful teacher winsomely crafts how he words Biblical truth for maximum effectiveness. People willingly listen to a pastor who understands that his teaching applies to him as much as to those who hear it.

Just as a surgeon skillfully cuts with the intent to eventually heal, the pastor must figuratively do the same with truth. The power of the Word cuts to the deepest recesses of one’s being (Heb. 4:12) with the intent to build the individual into the image of Christ (Col. 1:28–29), not to belittle or humiliate.

He must be patient

When you think of patient, think of an individual who is not easily annoyed or irritated. This doesn’t just refer to being patient, but patient after being mistreated. Several things can tempt a pastor to lose his cool: being called out on social media, an edgy or accusatory email, someone being unkind to his wife or children, criticism of his preaching, or when a family leaves his church badly. The Lord’s servant must patiently trust God when he has been wronged by others.

He must instruct his opponents with gentleness

Notice whom Paul tells Timothy to “instruct” (“correct heretical teaching”). He’s telling him to instruct his “opponents” with gentleness—those who oppose the gospel and those who have “shipwrecked” their faith (1 Tim. 1:19–20). A pastoral tone that glorifies Christ is “gentle” when correcting the immature or misinformed.

It’s natural for pastors to object by saying, “Shouldn’t we be earnestly contending for the faith?” Yes! Of course, we should. But God never commands us to be earnestly rude or obnoxious or condescending. Take a moment to carefully examine how you interact with those who strongly disagree with you. Correcting someone who is Biblically wrong does not give us the right to be sinfully condescending.

There are several Biblical examples of this:

Yes, Biblical examples abound of hard-nosed confrontation of people in rank sin (see passages like Matthew 23; Acts 7; Jeremiah 14, to name a few). In each of these cases, we must understand who was speaking and who was the audience. In our case, as pastors and church leaders, we do not sit in the office of Old Testament prophet or of God Incarnate (Jesus), nor are we in a transitional time in church history like in the book of Acts. We are given God’s final and sufficient Word to proclaim God’s truth in the way God says we should proclaim it. By all means, don’t shrink back from calling out sin. But do so in a manner that reflects the spirit of passages like the one we’re considering.

Second Timothy 2:24–26 is meaningful to me because a dear pastor friend used it early in my ministry to expose an unhealthy tone. He read this passage to me to reiterate the importance of showing patience and grace with those who contradict us. The truth of these verses stung and brought hope simultaneously. I knew this was an area I needed growth in, but I also knew that God’s grace would be sufficient to supply what was needed. That group of men in my local association of GARBC churches mentored me and helped me see my blind spots as a young pastor. All of it began with these verses being read to me to expose some issues with my pastoral tone.

Posted in Commentary, The Baptist Bulletin Magazine on December 17, 2019.
SHARE ON:

Fruitful and Encouraging Meeting for Council of 18

The GARBC Council of 18 met at the home office for a fruitful and encouraging two days of ...more

Joy amid Chaos in Myanmar

A ministry in Myanmar is finding joy amid ...more

The ladies' ministry at Faith Baptist Church enjoyed a ThanksGIVING Fellowship with the theme “A Thankful Heart ...more